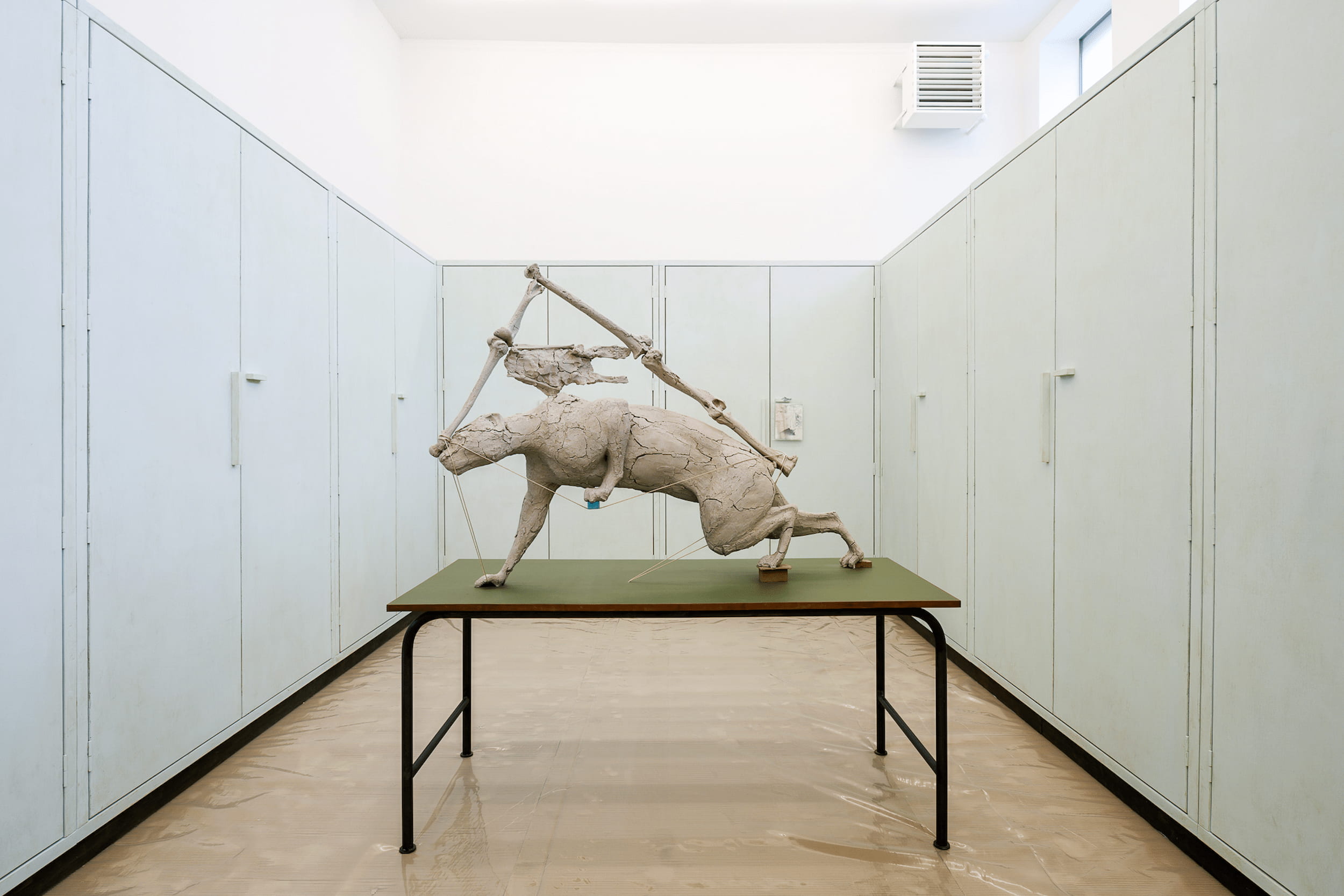 Room with All Existing Words

Oksana Pasaiko: Can you talk a bit about why you wanted to make a room with Skiapoden?
Mark Manders: First of all, it is a room filled with all existing words, not just Skiapodes. Above the entrance there is a group of newspapers that contain all existing words. Every word occurs just once, in a random order. All these words can be found in a dictionary. Many years ago I made a room with only the number five, and ever since I’ve had this idea of dedicating another room to a single word but one that is hardly used, a very uncommon word. After some years I decided to dedicate a room to the word ‘Skiapode’. Over the past decade I’ve become very interested in critical thinking. I didn’t understand how it was possible that bright, intelligent people could lose themselves in strange beliefs and conspiracies. For years I’ve studied the mechanisms of cults, especially cults in relation to strange conspiracies. I find it very interesting how our mind can be fooled and can fool itself. This weakness sheds light on fascinating aspects of our mind.

When I saw a picture of a Skiapode, I decided to choose this word as the focus for an entire room. The interesting thing about the myth of the Skiapode is that it never really took off. It appeared and disappeared in different periods and regions of our world. It just never made it big. It is a failed myth. Skiapodes are commonly described or depicted as figures with a large single foot, figures who are in the habit of lying on their back during times of extreme heat and who shelter from the sun by the shade of their foot.

What fascinates me is that throughout history people really believed in the existence of Skiapodes, or if they didn’t believe in them, somehow needed, or needed to create, this image. For some reason Skiapodes tend to hold their big foot with both hands, almost as if they are holding their foot as a strange object that just suddenly grew and became part of their body.

I decided to make ‘fake’ Skiapodes by different artists and from different periods, and now the majority of the Skiapodes were made in Ronse over the last few years. These fake Skiapodes were gradually edited into reality and published online. It is a very scary thing, if you think about it, how easy it is to add fake information to our world and how quickly this information seems reliable. It shows how vulnerable our minds and our society are.

Disinformation is such a topical subject. It is very telling that a QR code creature leads you to a fake Wikipedia page … To me, this room also feels like a complex time machine. I was born in Ruthenia, and this room brings me back to the youth of my late grandparents, to their classrooms. The size of the doors makes you feel small, as if you shrank a bit upon entering. The closets also remind me of Le Corbusier and J.J.P. Oud. It brings me back to the 1920s.
Well, this room is a strange mix of different time periods. I understand that it can bring you back to the 1920s, but putting stickers on closet doors is something one rather associates with the 1980s. I’ve created Skiapode images from different periods and regions. Some are situated in the Middle Ages, but I agree, a lot of the images seem to come from around the 1920s. The most recent is a Maria Lassnig painting from 1998, ‘Selbst mit einem Fremdbein’.

‍As I understand it, this picture was in fact made in 2022, eight years after Maria Lassnig died.
That’s correct, but by admitting that, everything would become more complex and fluid. 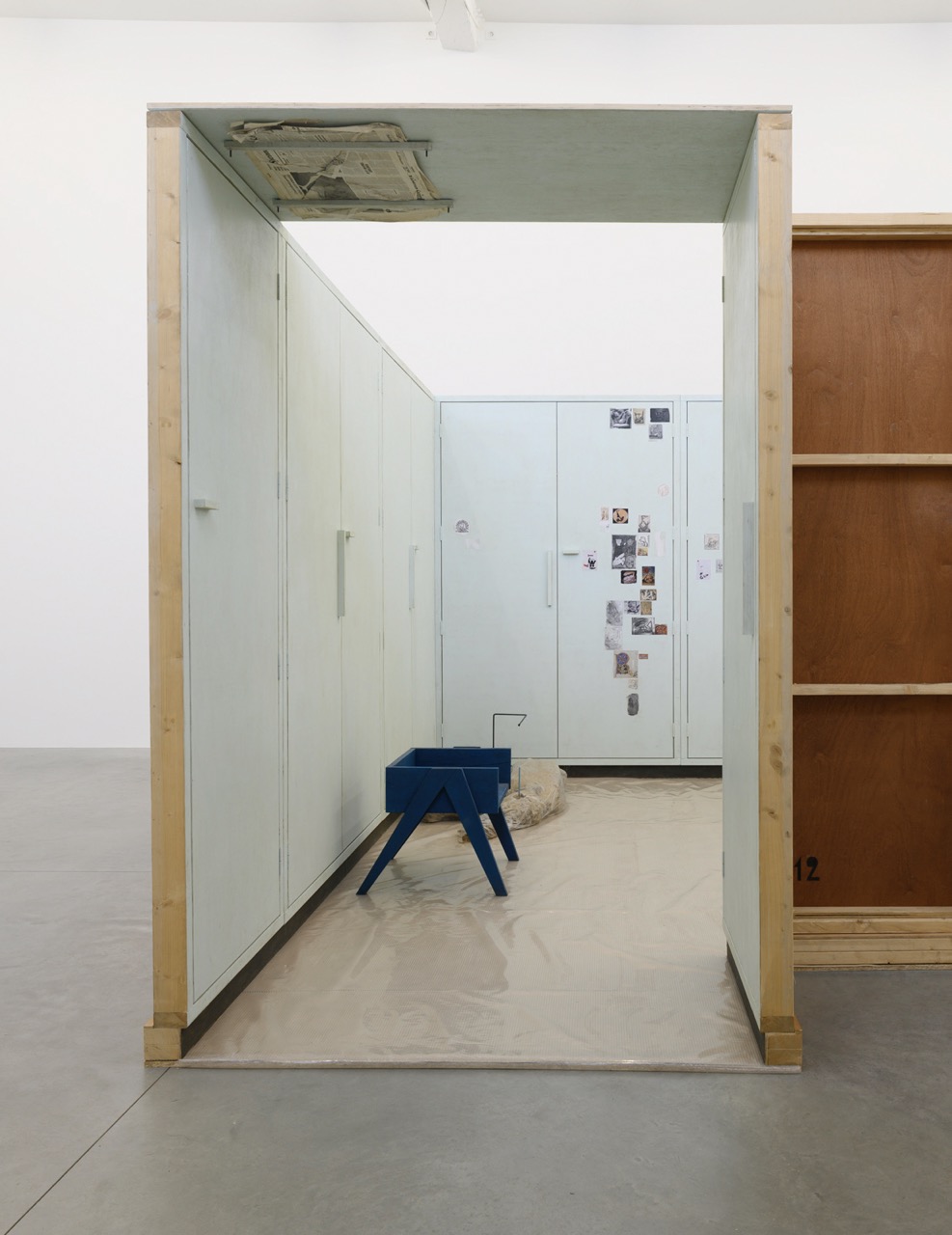 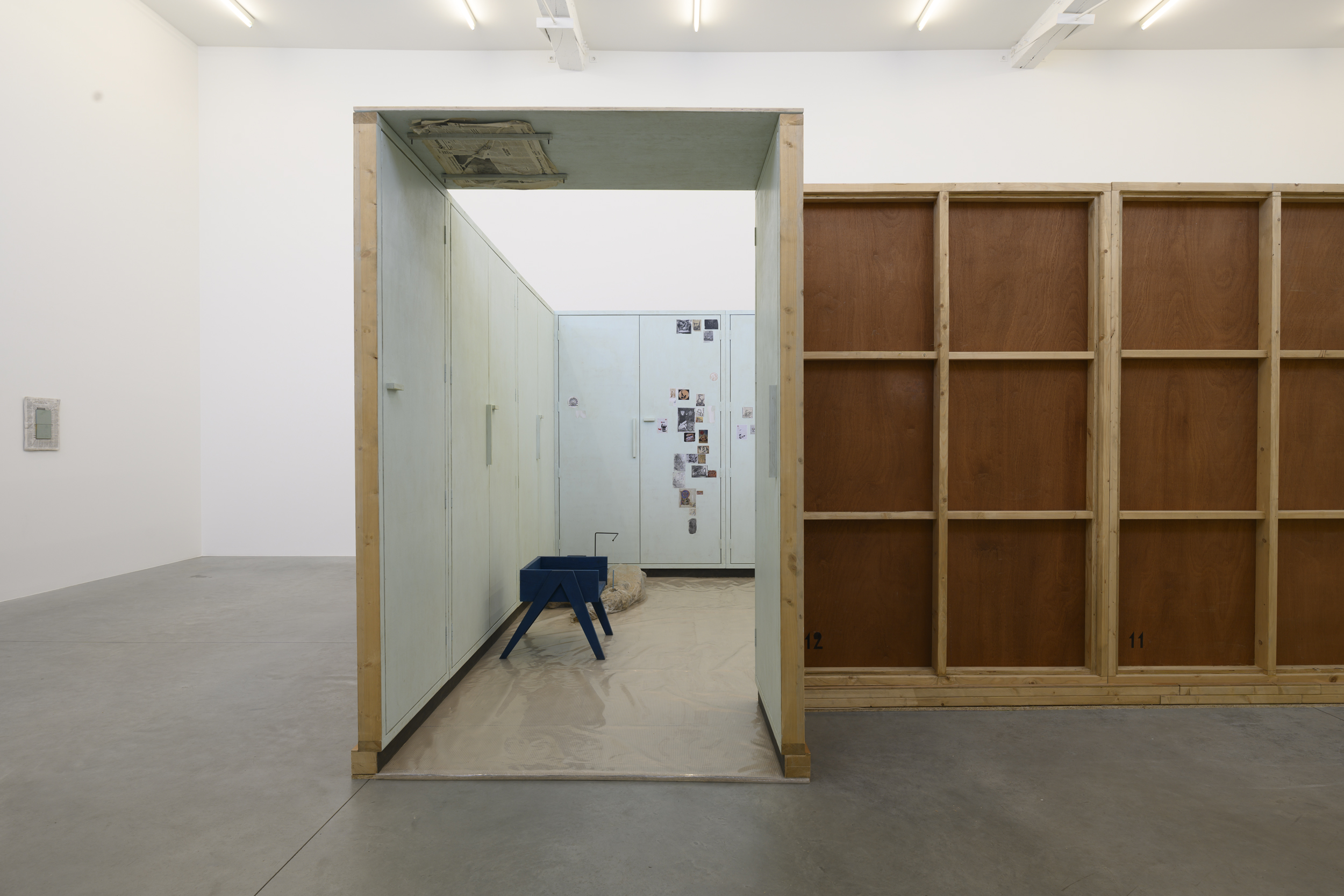 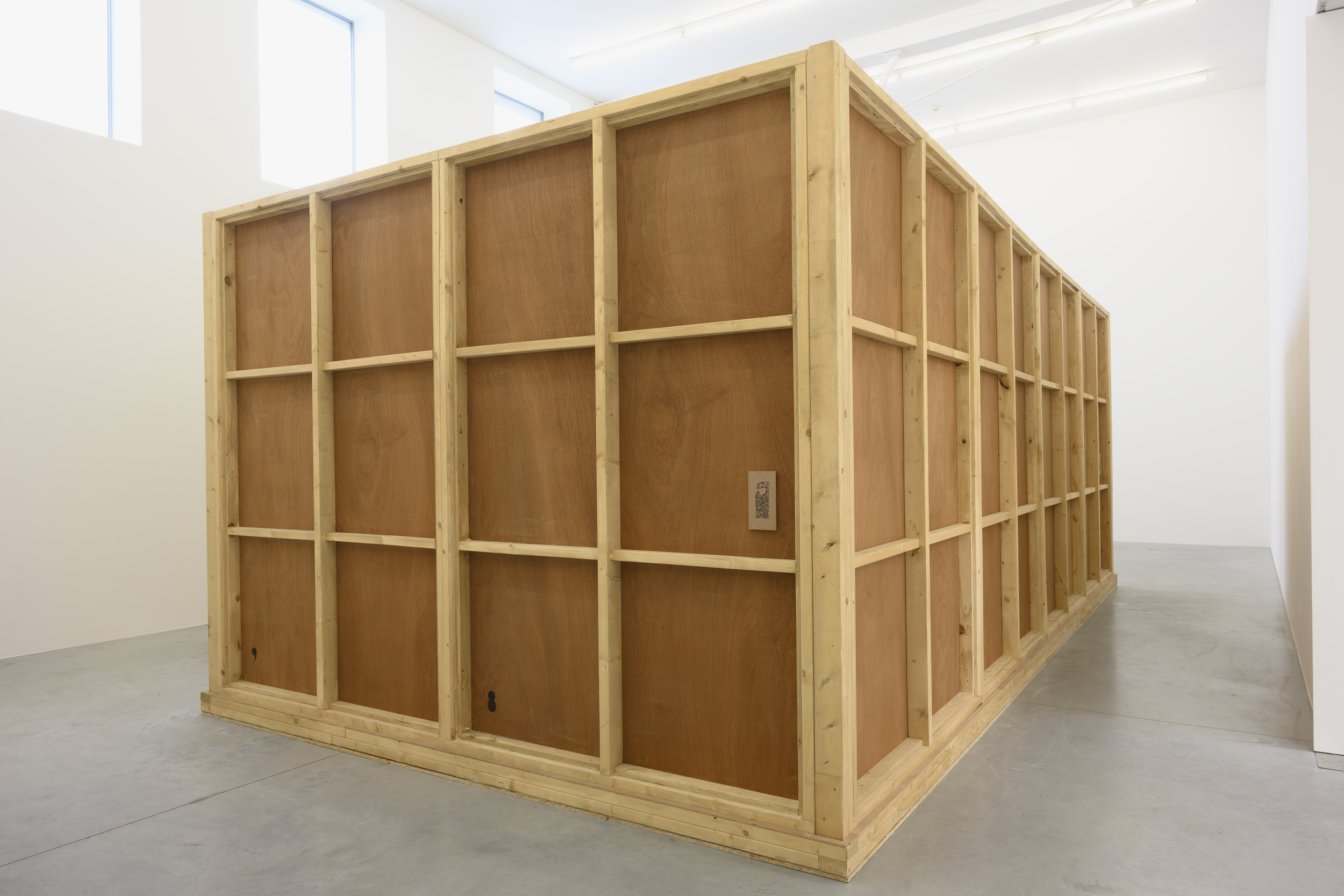 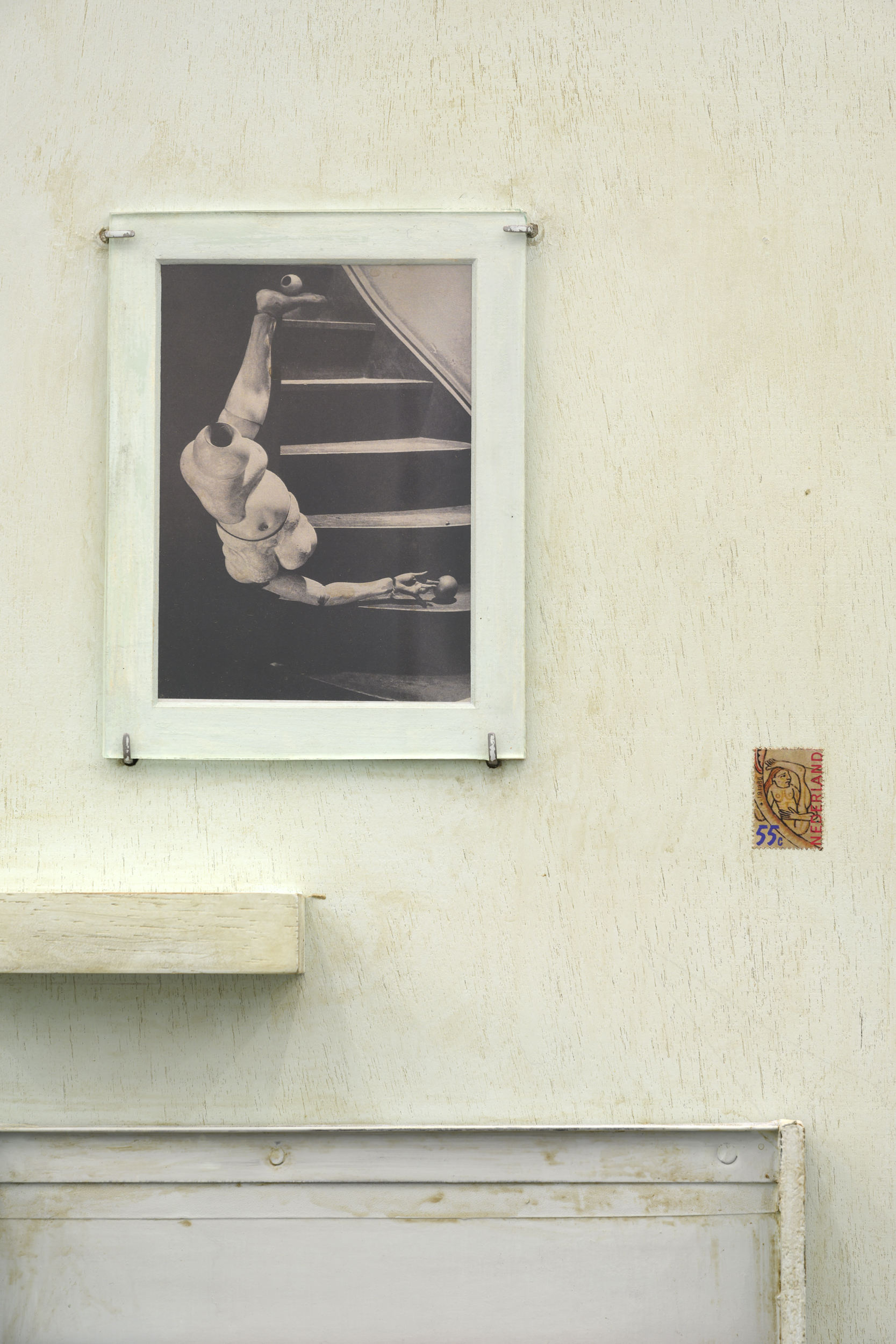 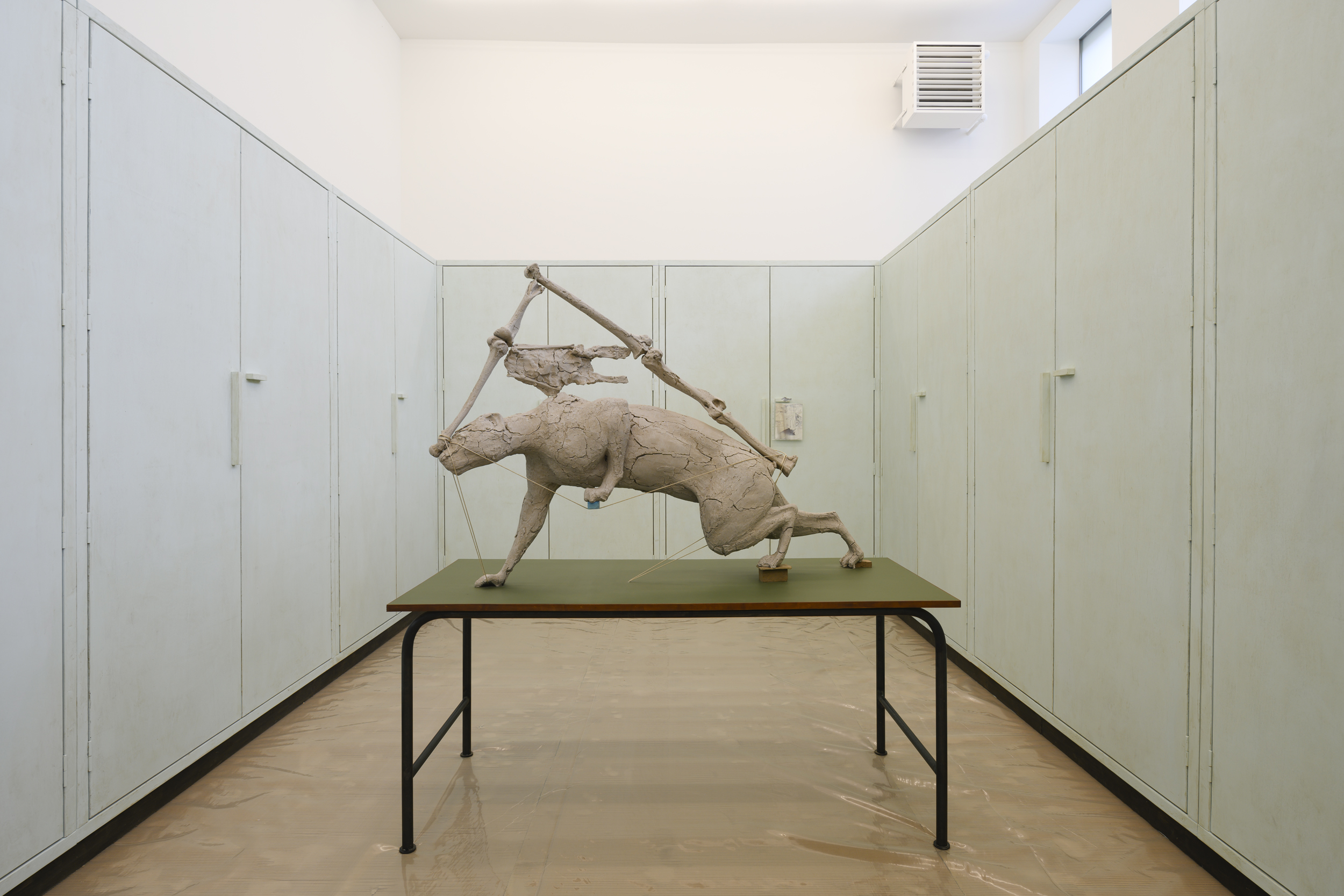 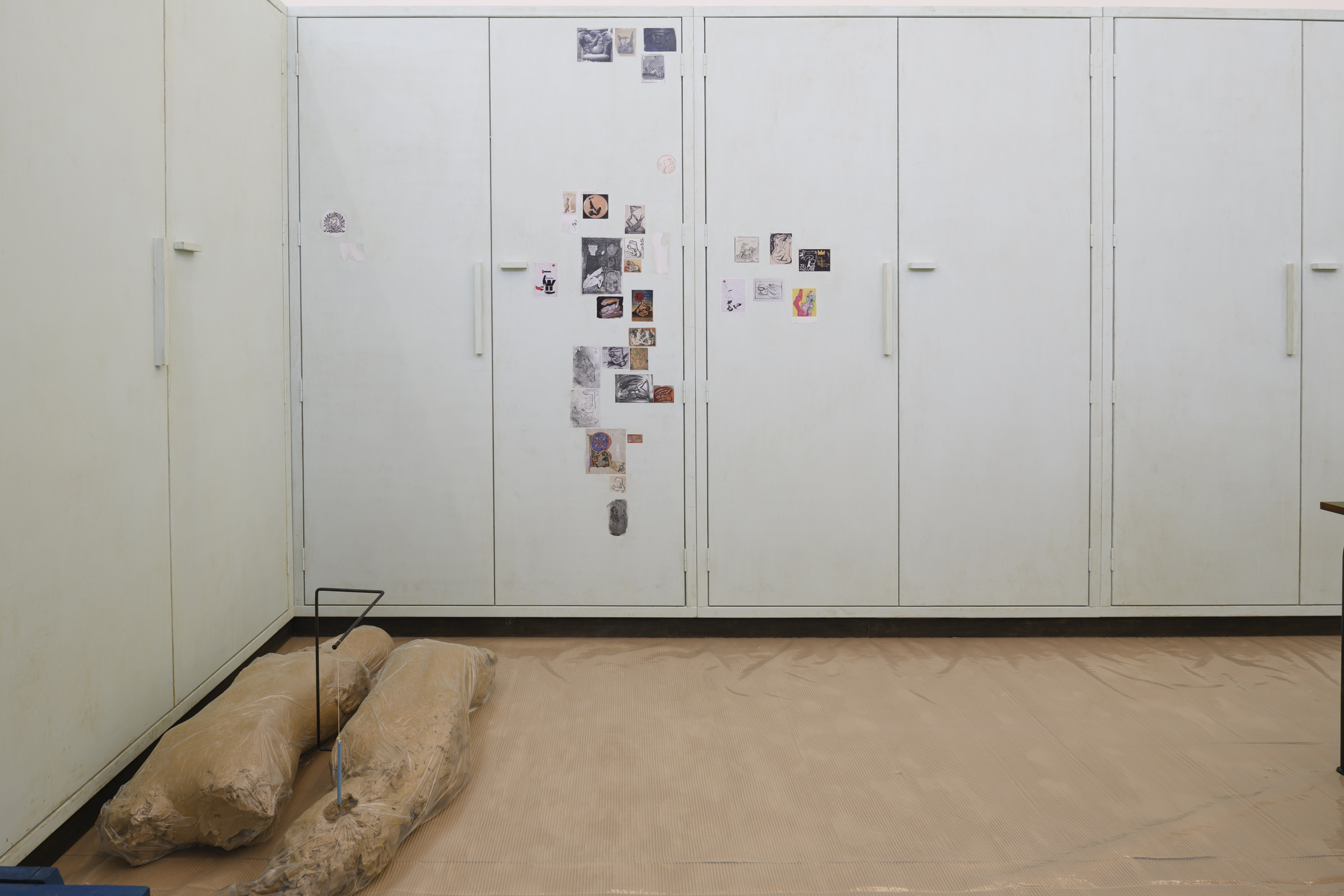 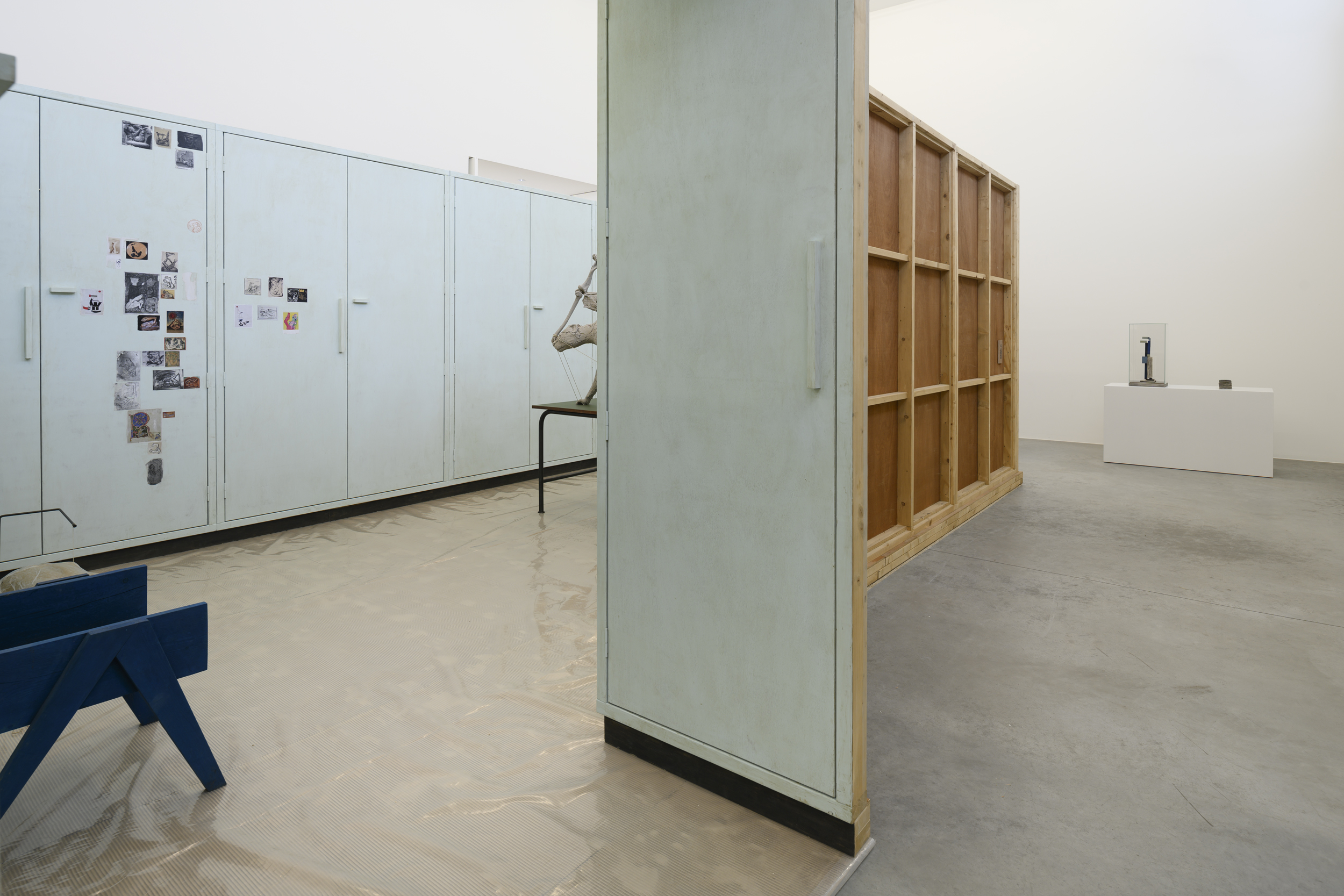 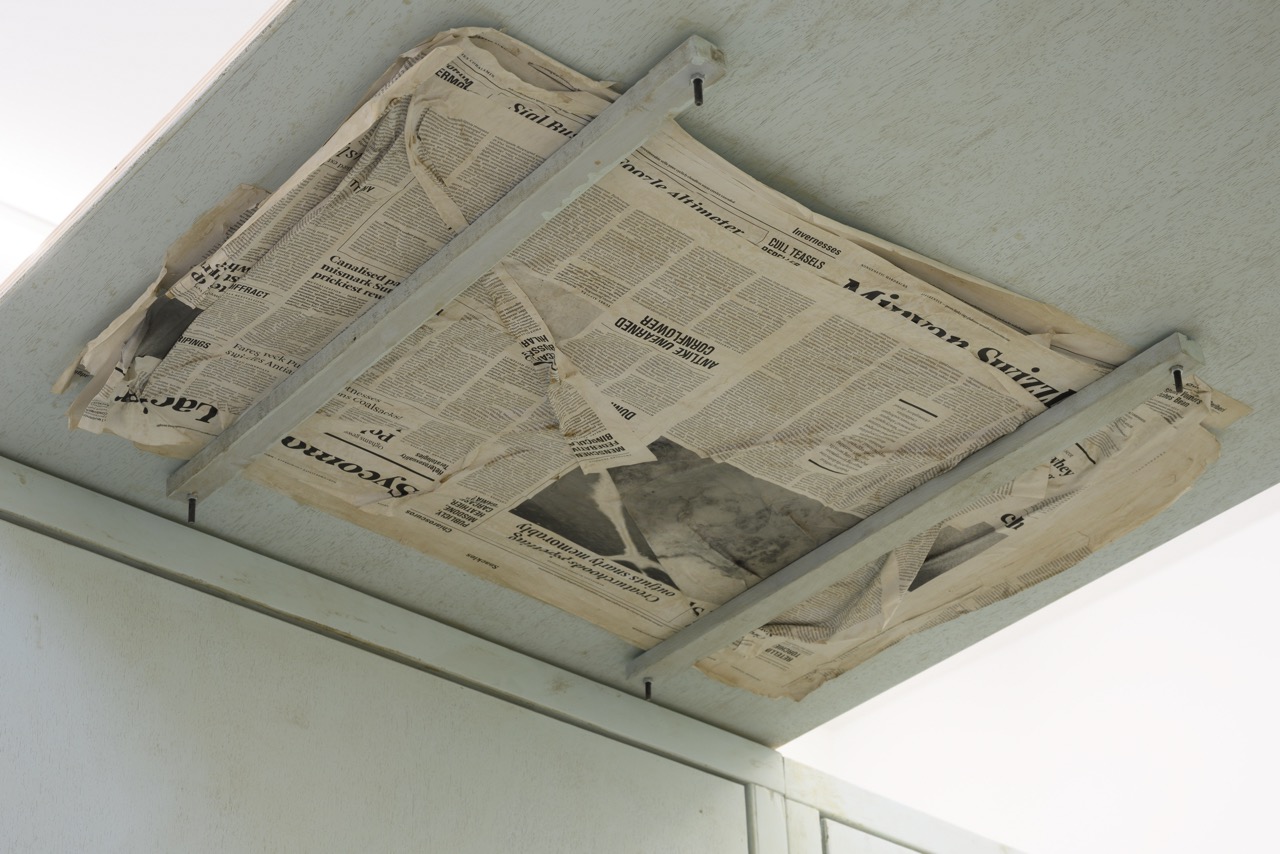 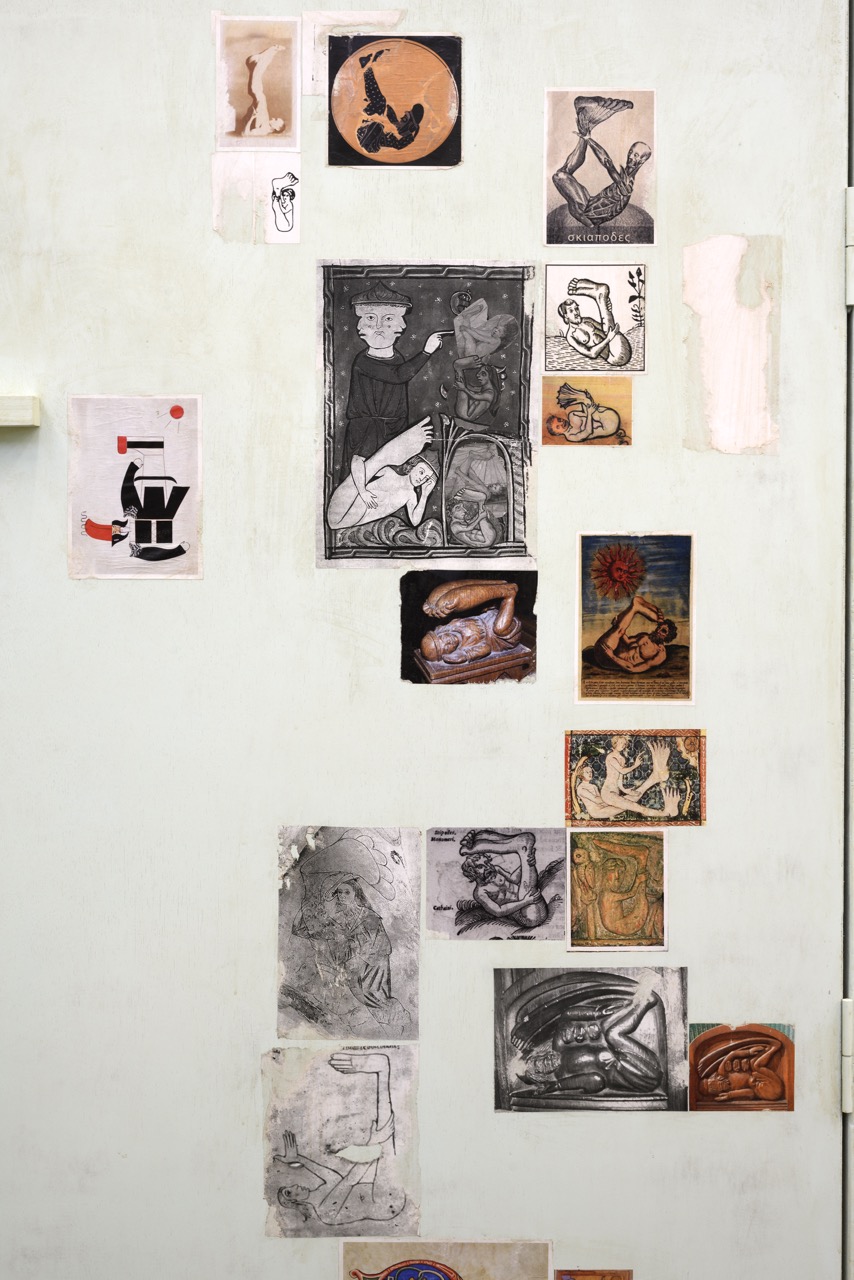 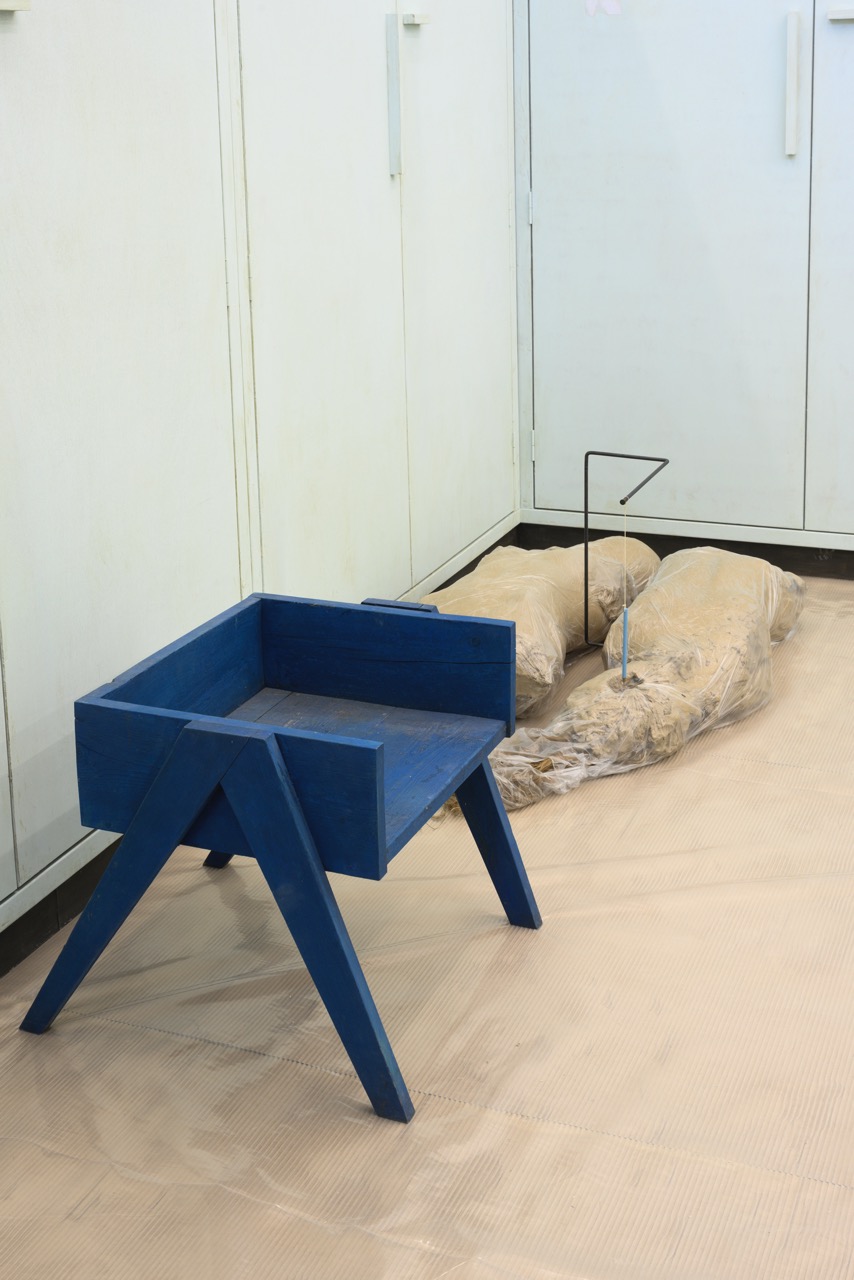 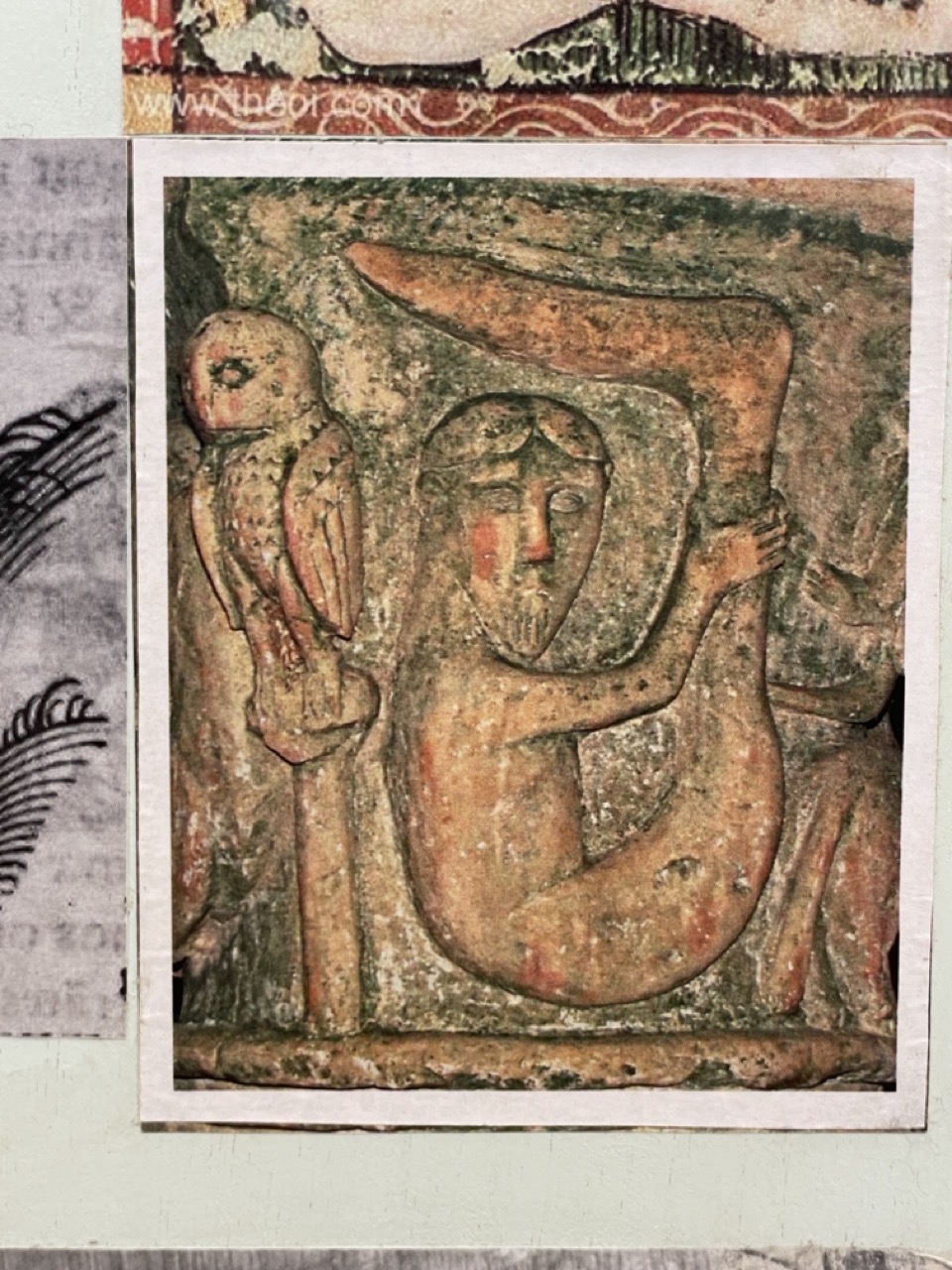 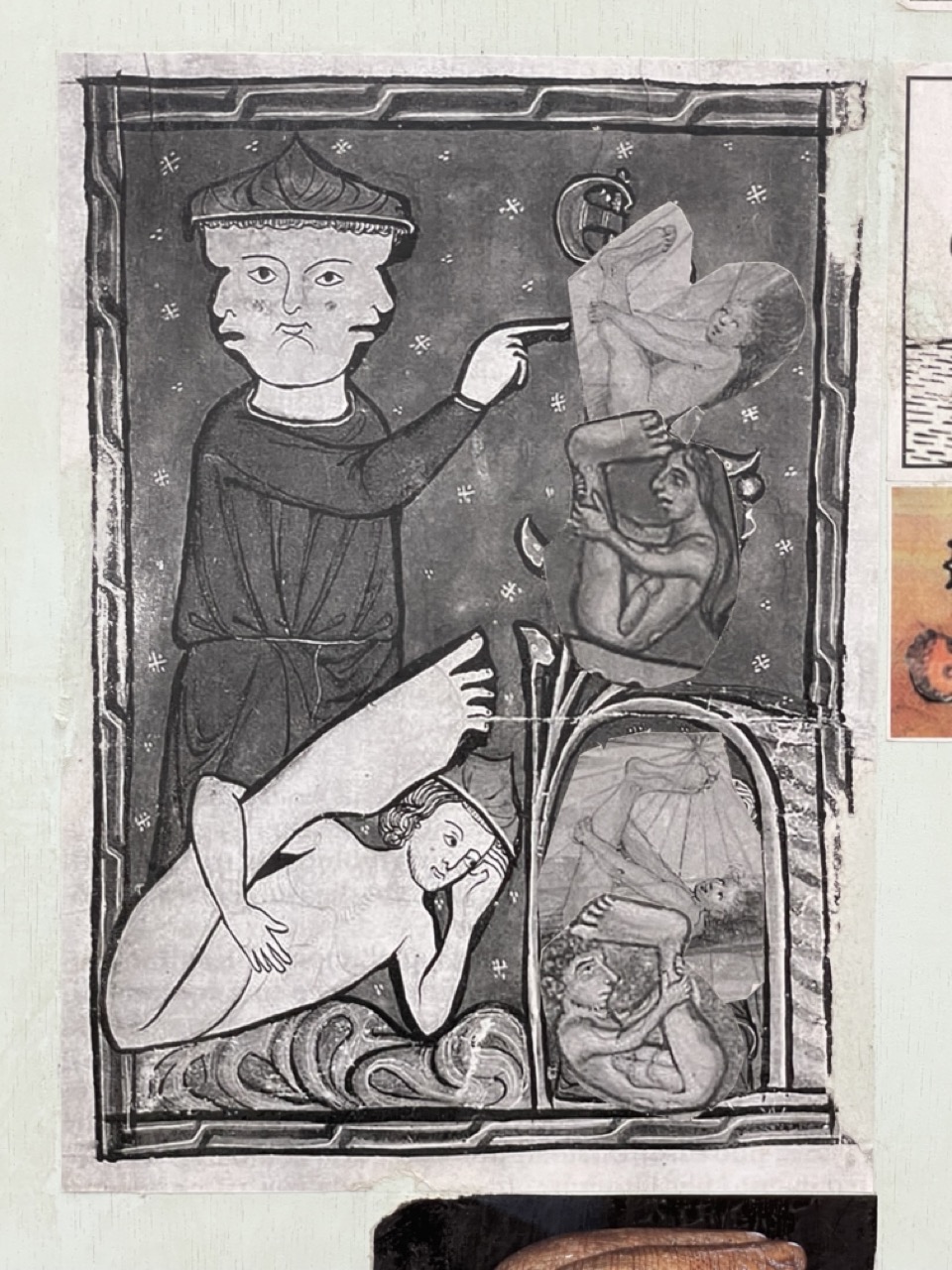 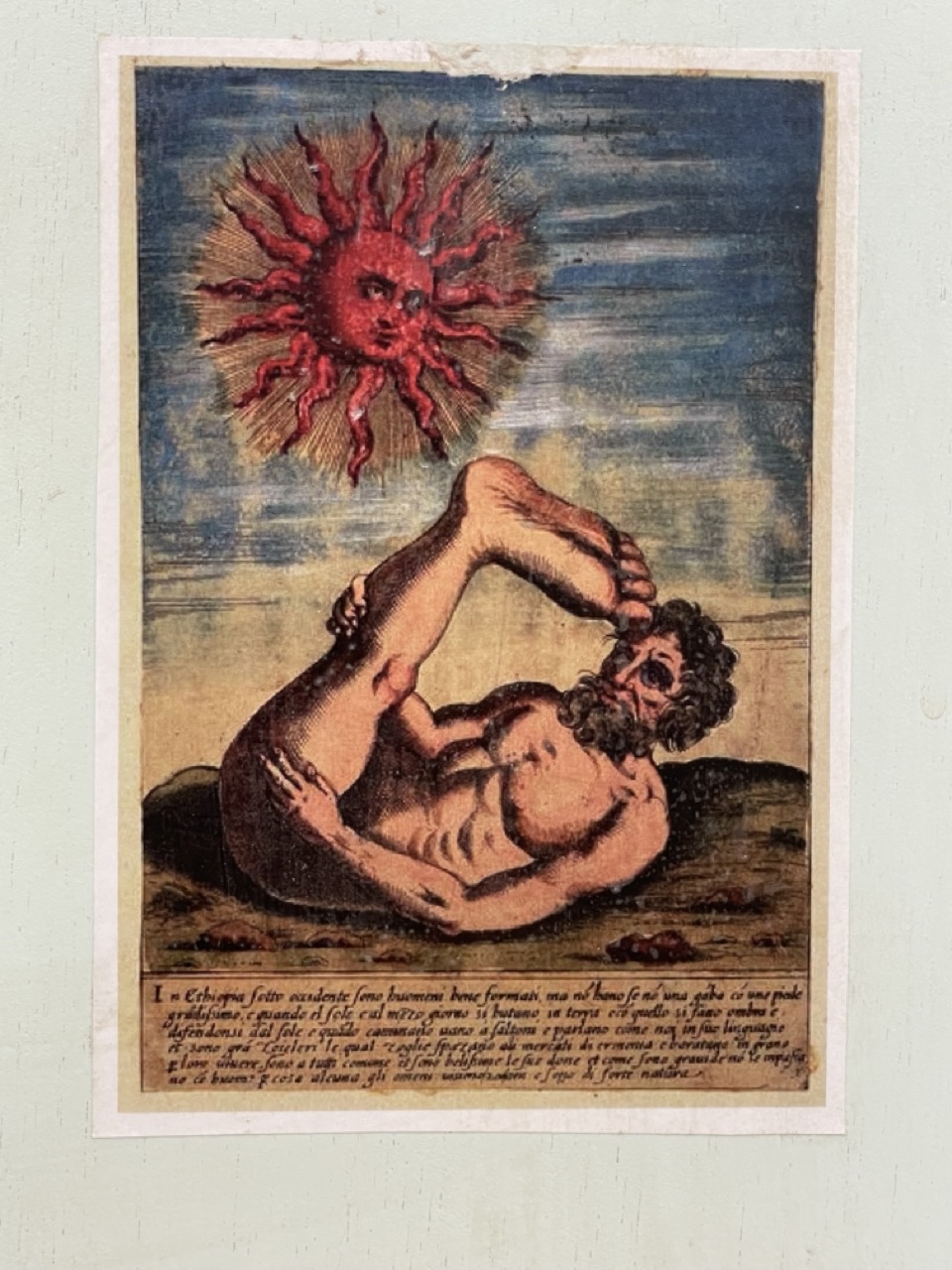 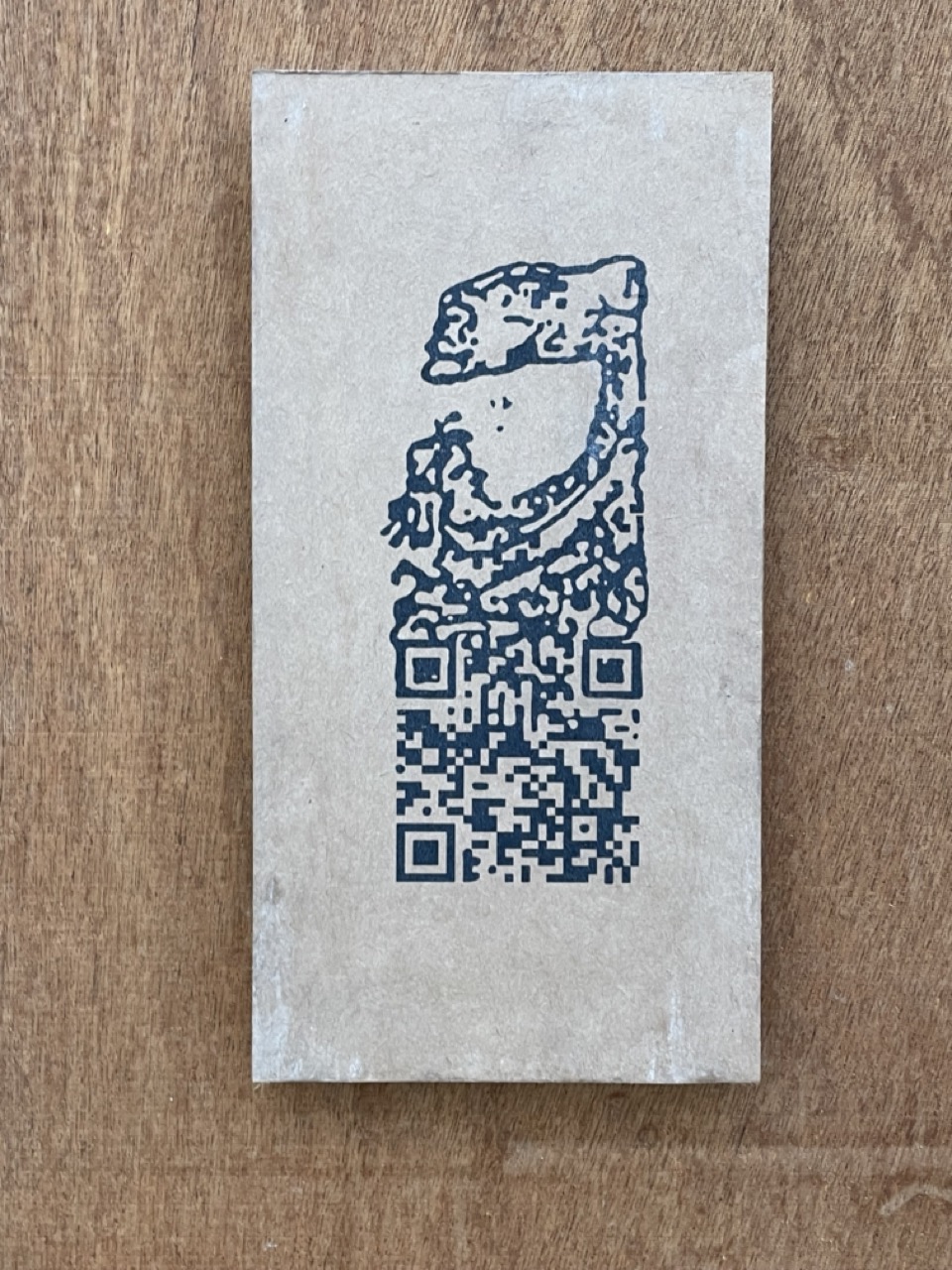